Abolitionism and the Anti-Slavery Movement 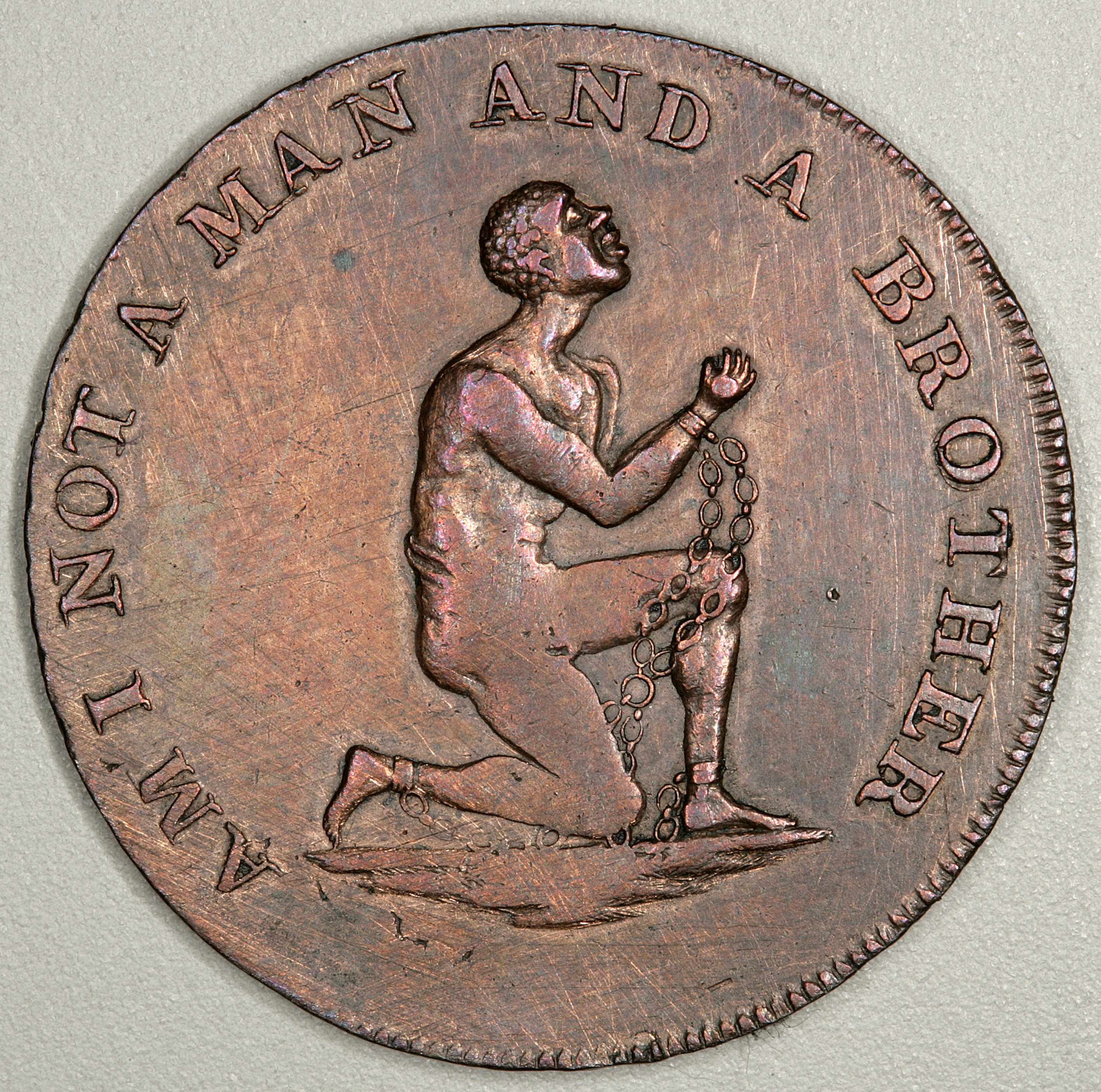 Examine two coins produced by the American Anti-Slavery Society in New York to explore the abolitionist cause and reflect on the following questions: What message do these coins send about the abolition of slavery? What symbols do they use to make their point? Consider using the Compare and Contrast Activity to examine the similarities and differences between the two coins in more detail.

Am I Not a Man and Brother (front)

An early and widely recognized image of the abolitionist movement in the 18th century was a kneeling African man. At the time it was common for African men to be depicted in Western art as servants or supplicants, kneeling. This image was meant to call on people’s conscience. The text around the figure signals this by asking: “AM I NOT A MAN AND A BROTHER”. However, this coin also spread the image of a subservient enslaved person at the same time, minimizing the agency of the figure depicted. Abolitionist tokens were a way for those who opposed slavery to signal their support for the cause and spread their message.