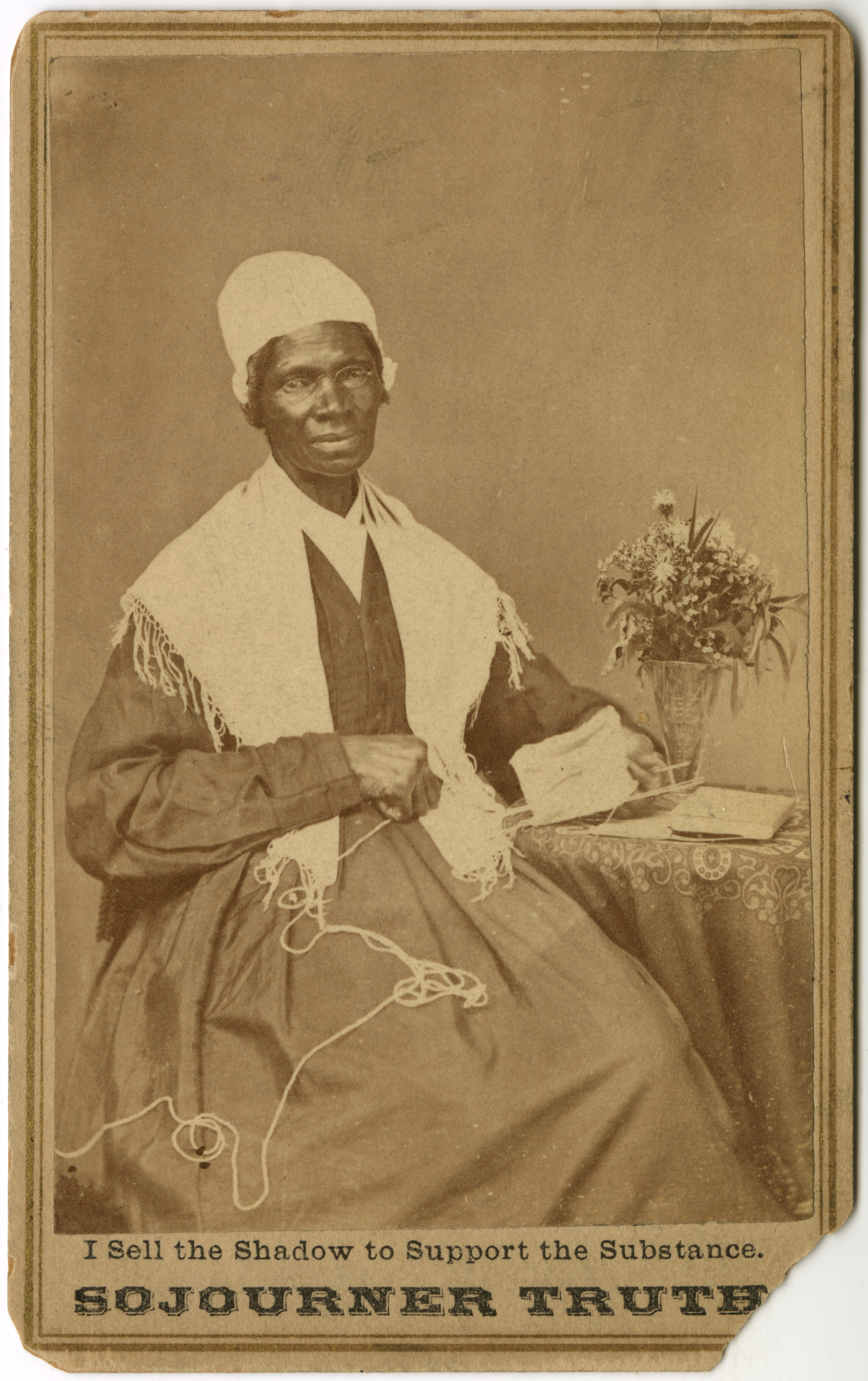 Examine how Sojourner Truth and Frederick Douglass both worked to end slavery. Consider where their views overlapped and in what ways they tried to communicate their message.

After freeing herself from slavery, Sojourner Truth (ca. 1797-1883) traveled in the northeast and west, telling her story and working to convince people both to end slavery and support women’s rights. She often walked from place to place and sometimes slept outside. She met other abolitionist leaders like Frederick Douglass, William Lloyd Garrison, and David Ruggles in the course of her travels. She dictated her autobiography to a friend in 1850. In 1851, she delivered her famous “Ain’t I A Woman?” speech. Within it, Truth advocated for her identities as both a Black person and a woman: “That man over there says that women need to be helped into carriages, and lifted over ditches, and to have the best place everywhere. Nobody ever helps me into carriages, or over mud-puddles, or gives me any best place! And ain’t I a woman?”. The version of the speech that is widely known today uses text that was changed by a white publisher to make Sojourner sound Southern when in fact she had a New York Dutch accent.

Sojourner Truth’s activism reflected her intersectional identity as a Black woman. Abolitionist organizations founded by white activists at the time often treated Black people as second-class members on account of their race and organizations founded by Black men often treated Black women as second-class members on account of their sex. Sojourner Truth fiercely advocated for the rights of Black women in both the abolitionist movement and the women’s rights movement. She sold cards, called cartes de visite, like this one to support herself and fund her speaking tours. After the 13th Amendment abolished slavery, she continued to work for the rights of Black women. In the early 1870s, she tried to cast a ballot in an election, along with hundreds of other women, arguing that the 14th Amendment had given her the right of citizenship and therefore the right to vote. Although she was unsuccessful, she continued to advocate for change.