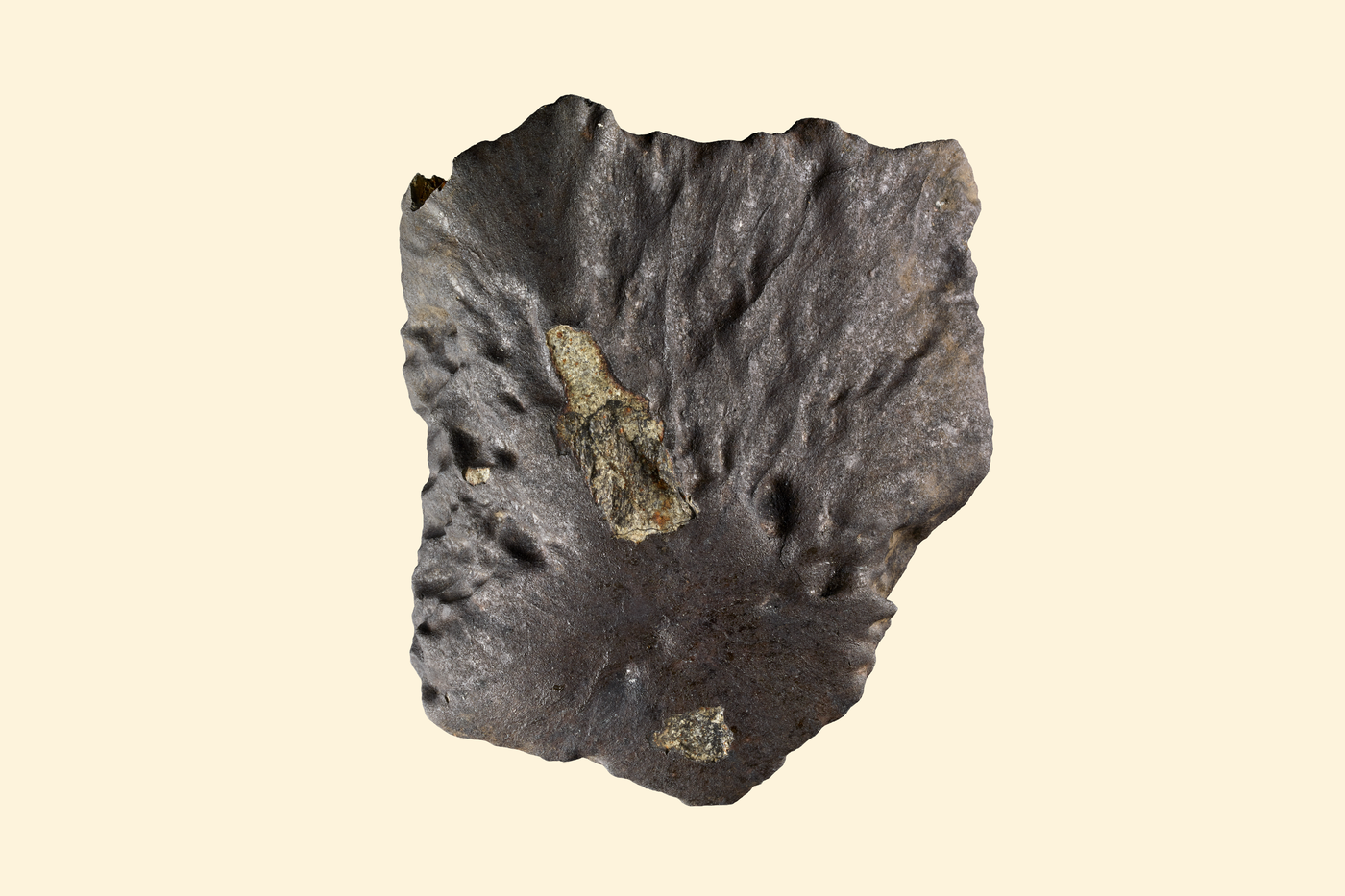 Surprisingly, there are a lot of Earth based rocks that look very similar to space rocks. Meteoriticists at the Field Museum regularly receive specimens from people around the world claiming to have found a meteorite. It’s up to these scientists to determine whether the specimens are meteorites, or just a chunk of asphalt (or something else). Take a look at some meteorites and some meteor-wrongs (which is actually the term used in the meteoritics community to describe these imposter meteorites).

This meteorite is one of the most well known. It caused a blinding explosion that took place over the Russian district of Chelyabinsk in 2013. The fireball burned brighter than the sun. It was caused by the explosion of an enormous meteor as it entered Earth’s atmosphere at an extremely high speed. The meteor was estimated to weigh about 11,000 metric tons (or about 24,250,000 pounds, nearly as heavy as the Eiffel Tower) before it exploded. The shockwave caused injuries to more than 1,500 people - a very rare occurrence of a meteorite fall directly impacting people’s lives. The Chelyabinsk meteor was probably a once-in-100-years event, but it made us realize how vulnerable humans really are to meteorite impacts.