Jacob A. Riis: Revealing New York’s Other Half

Playgrounds and Parks in the City 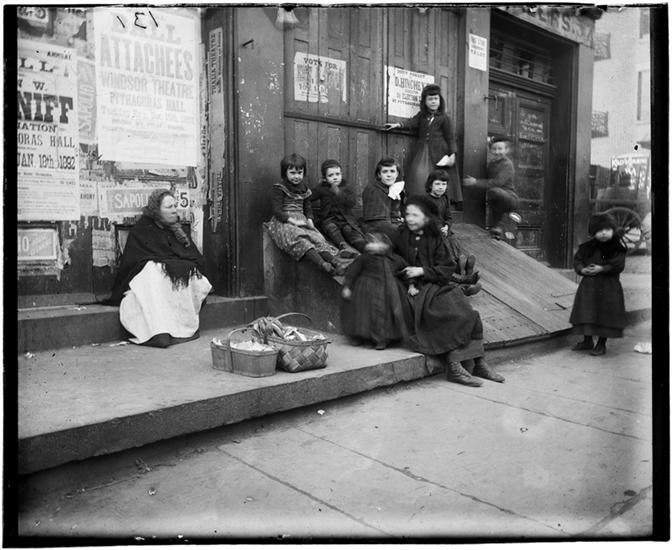 By the turn of the 19th century, New York City’s Lower East Side neighborhood was the most densely populated place in the world. The neighborhood had a higher mortality rate than the rest of the city. Many reformers, like Jacob Riis, advocated for the creation of parks and playgrounds that would provide children with more places to exercise and access fresh air. They used photography to provide powerful visual evidence of the need for open, recreational spaces to combat the spread of disease.

The "Slide" that was the Children's only Playground once.

Jacob Riis often photographed children in the street to show the conditions in which they lived, worked, and played.

- What do you see children doing in this photograph?

- What do you notice about their surroundings?

- What can we infer about their daily lives from viewing this image and reading Riis’s title?