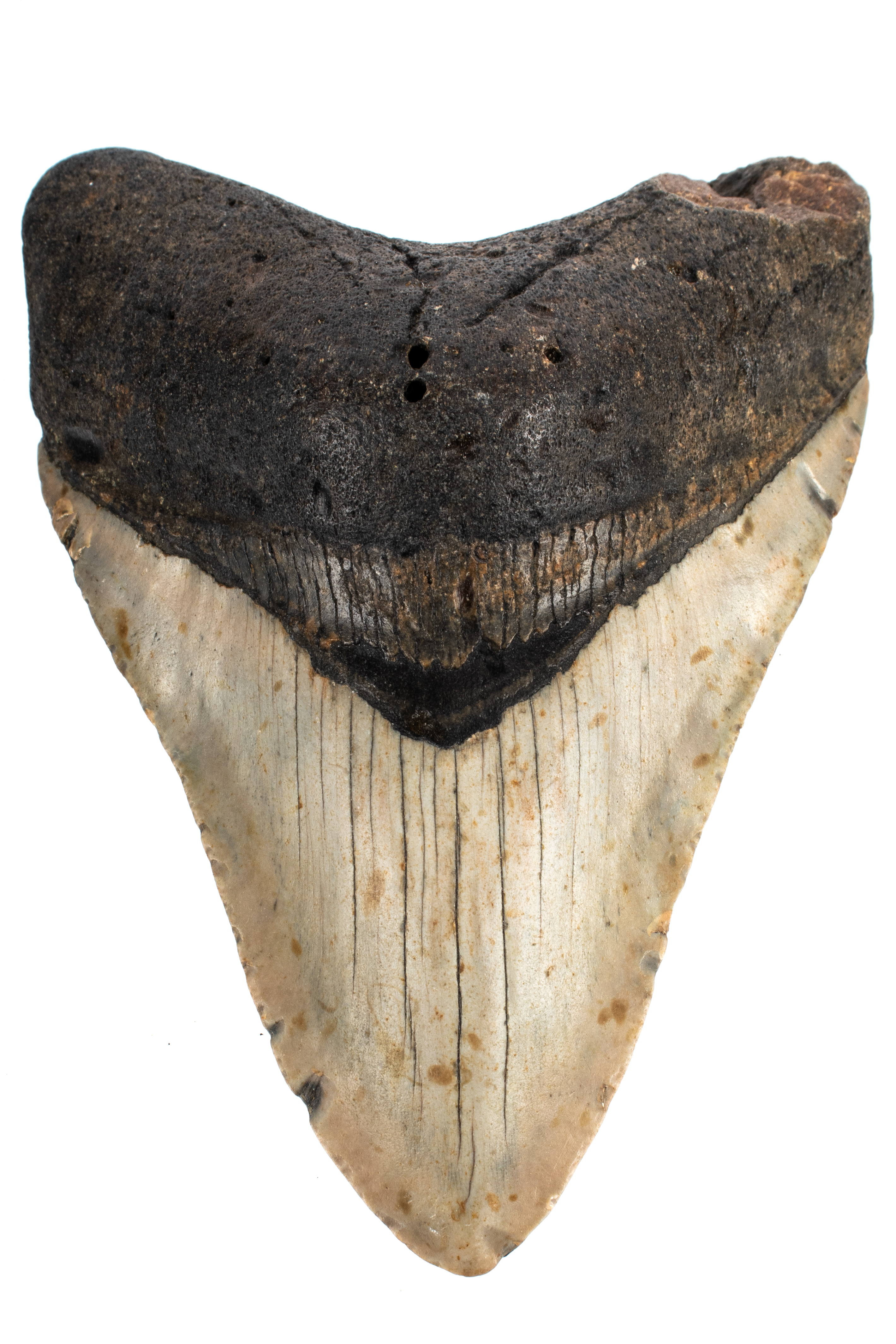 Browse this collection of fossils from the GRPM Collections. Step back on the geological timeline to explore a variety of fossilized plant and remains.

Megalodon lived 23 million to 3.6 million years ago and is estimated to have attained a maximum body length of 16-18 meters (52-60 feet), making it one of the largest sharks to ever exist!  Megalodon fossils have been found on all continents except Antarctica, indicating it probably had a worldwide distribution.  There is some debate about megalodon’s evolutionary relationship to modern sharks.  Some scientists think megalodon is more closely related to the modern great white sharks, while others think they are more closely related to modern mako sharks.

This tooth was collected circa 2017 from Fossil Ledge (Inner and Outer Reef localities), 25-38 miles off the coast of southeastern North Carolina, near Wilmington, in 80-100 feet of water.

Age of the fossil is estimated to be 6-10 million years old (late Miocene).

Read this GRPM blog post to learn about how the Museum's fossil Collection is being expanded!

Explore the entire fossils collection on the GRPM Digital Collections