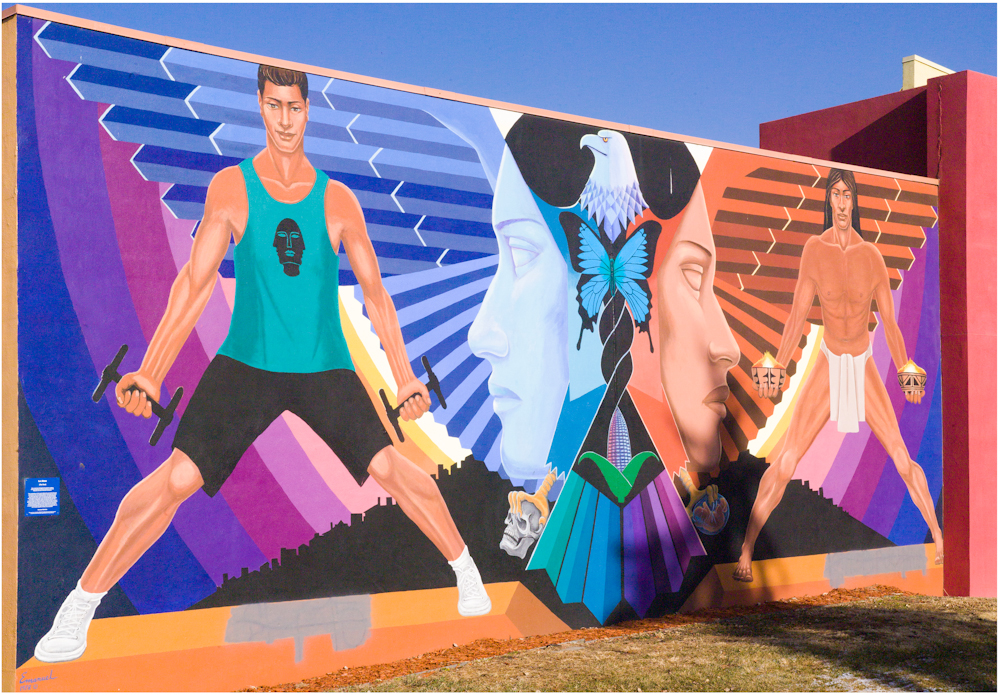 Inspired by the Mexican Mural Movement in the mid-1900s, young Chicano artists began to paint murals in historically marginalized neighborhoods. Emanuel Martinez, pioneer of the mural movement in Colorado, began painting murals in the La Alma Lincoln Park Neighborhood in 1969. Resident of the Lincoln Housing Projects, Emanuel, with the assistance of youth in the community, painted murals on the swimming pool buildings in various Denver parks and in the Lincoln housing projects. The murals gave the community a sense of space and served as historical textbooks describing the rich history of Black, Indigenous, Hispanos, Chicanos, Mexicans, and others in Colorado.

Two figures stand in the same rigid pose, one a modern Chicano holding dumbbells, the other an indigenous man holding vessels filled with fire. Between these figures is an eagle on the contemporary side, the face and eagle wing are blue while the same image is reflected in red on the indigenous side. In the eagle’s talons are a skull on the blue side and a human embryo on the red, which represents the cycle of human life. The mural is a symmetrical representation of the responsibilities modern Chicano youth have to carry on the legacies left by their ancestral past.