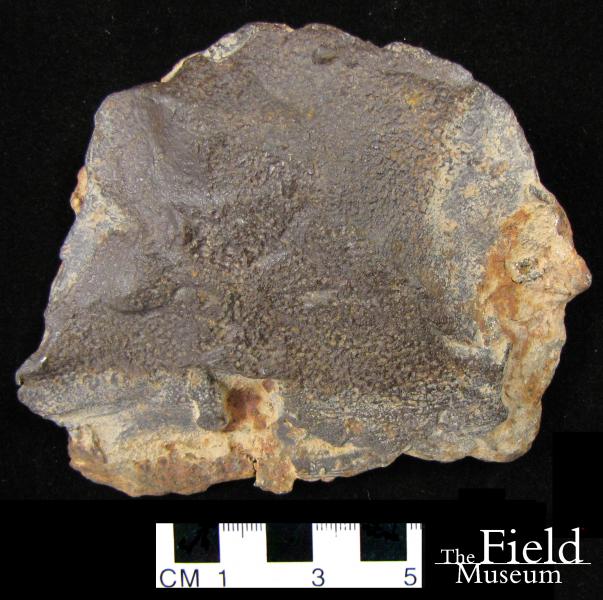 Scientists at the Field Museum and around the world are studying meteorites everyday to find answers to some of the most profound questions about the universe and the origins of our solar system. Meteoritics is the science of meteors, meteorites, and meteoroids. The first step in understanding meteorites and where they come from, is to first identify them as meteorites. Follow this step by step guide to determine whether you have found a meteorite.

The first step in meteorite identification is to look for a fusion crust. Meteoroids enter the Earth’s atmosphere at such rapid speeds that the air around the rock compresses intensely. When air is compressed quickly, the temperature of the air increases. The hot air causes the outside of the meteoroid to melt. This outer layer is so hot that it melts off the rock, exposing a new layer beneath it. A meteoroid can lose most of its mass as it passes through the atmosphere. When it slows down to the point where no melting occurs, the outer layer cools to create a thin glassy coating called a fusion crust.