Material Culture of the Acadian Diaspora 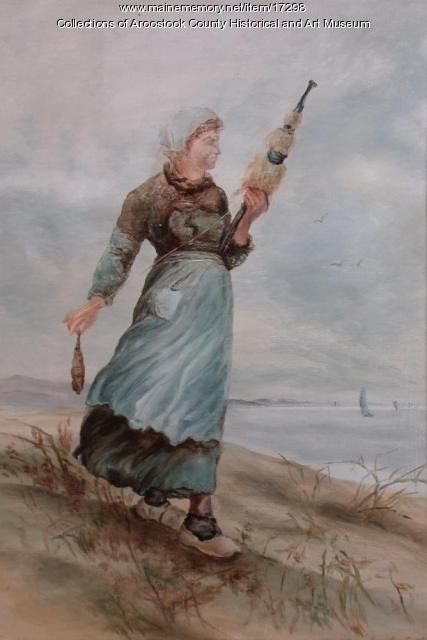 Longfellow's vision of Acadia was primarily influenced by his experiences growing up in Maine. He did, however, use two historical sources that helped him fill in the details of the real Acadia, and what life in Acadian communities was like prior to the removal. Today, Acadie/Acadia is wherever Acadians live. Some Acadians live in regions near to the first communities, such as Nova Scotia, Maine, and Quebec, others, who came to call themselves Cajuns, live in Louisiana and throughout the South, while still others live throughout North America and the world. Though much of the poem "Evangeline" was fantastical, it helped many people of Acadian descent (or, the Acadian Diaspora) reconnect with their history and with other Acadians, and spearheaded a movement to assert their survivance (cultural survival despite forced removals and assimilation by foreign governments). Material culture refers to objects created by people for a particular use. What do these objects make you wonder about?

This painting, by an unknown artist, is an interpretation of what Acadian woman's clothing may have looked like. It depicts a woman wearing typical workers' clothing including sabots (wooden shoes) and she is spinning yarn with a drop spindle as she walks perhaps to a neighbor's home. Making adequate clothing for the family required constant effort and while a spinning wheel was more efficient, a drop spindle was portable. Women spun yarn on a drop spindle for knitting or weaving while walking to a neighbor's home and while visiting so as to not waste the time during transit.