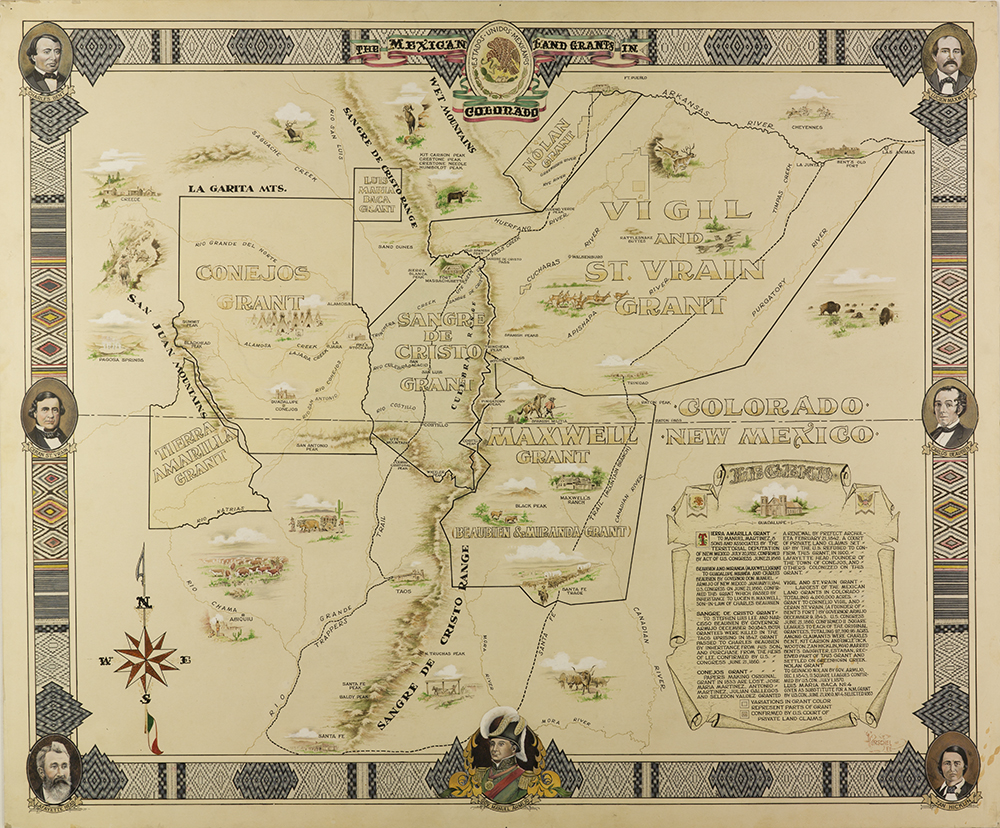 Beginning in the 1690s, the Spanish gave large tracts of land to individuals or groups in New Mexico. The Spanish settlers were isolated and had limited access to goods from Mexico City and became increasingly dependent on trade with Puebloan groups and other Indigenous tribes. The settlers, also known as Hispanos, established distinct traditions and customs in the Spanish Empire’s Northern Frontier. After Mexico won their independence from Spain in 1821, Mexico granted land to Mexican citizens in the present-day states of Colorado, New Mexico, Florida, Texas, Arizona, and California. The land grants were meant to encourage settlement in Mexico’s northern boundary, where the United States was also interested in expanding. Hundreds of land grants were given out, mostly by the Mexican government to Hispanos and Mexicans.

Between 1832 and 1843, the governor of New Mexico made six land grants in present-day Colorado:

The Vigil and St. Vrain Grant

When the United States declared war on Mexico in 1846, the land grants and the communities settled on them faced uncertainty. Overnight, with the Treaty of Guadalupe Hidalgo that ended the war, the land and the people living on the land became part of the United States. The treaty protected the rights of Hispano and Mexican landowners, but the inability to speak English to defend and protect their rights in court, resulted in many defendants losing their land.  Eventually, the Conejos Grant was thrown out, the Vigil and St. Vrain and Nolan Grants became smaller, and the Maxwell, Sangre de Cristo and Baca Grants were upheld.